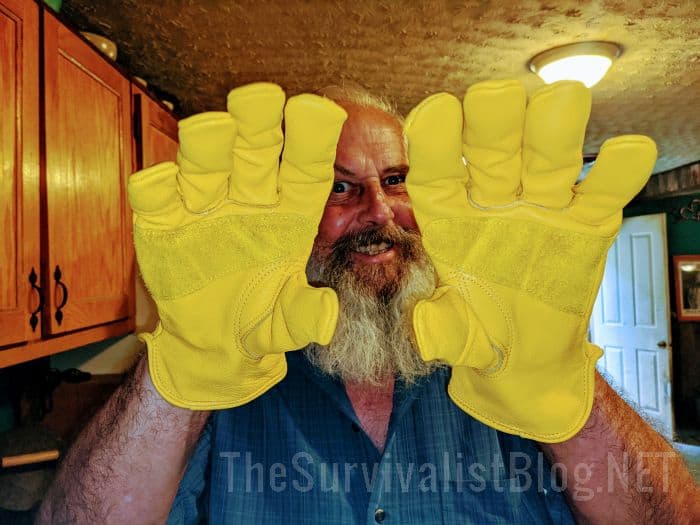 Hello Pack. We have been making the most of the late summer cooler weather, and getting a lot of fence mending, firewood splitting, and other typical homesteading chores accomplished this week.

We had to make our annual multiple pairs of work gloves purchase at Tractor Supply early this year. Either the gloves are less hardy than they used to be, or we worked extra hard prepping this year, and each went through our typical four pairs of leather work gloves.

I hope you all live far away from all of the rioting going on in the cities across America. I was not shocked to hear on the news this morning that it is impossible to rent a Uhaul in New York City because so many folks are now finally grasping it is not a safe or viable place to call home.

The riots will surely continue on at least through the presidential election. It will be a Katie bar the door moment after President Trump wins re-election, that’s when the already out of control looting and violence – and threats of violence will truly amp out beyond anything we have ever before experienced in the United States.

I had personal protection and self-defense on my mind a lot this week – plenty of time to think when doing manual labor – survival homesteading fall chores in preparation for the cold months ahead.

Earlier this week, my beloved attended a counter protest to stand up the far-left loons who are terrorizing our great nation. I thought of self-defense then when Bobby was nearly an hour from our homestead, and again when I went to renew my CCW permit at our local sheriff’s office.

In our region, more and more people are engaging in open carry instead of concealed carry, even if they have a CCW. The gun range in our region is doing over the top business, especially with women and in their advanced tactical training courses.

Both got me to pondering about concealed carry insurance. I had never really thought such a thing was needed since the law would be on our side when defending either ourselves or our home.

But, after Mark and Patricia McCloskey found themselves and not the rioters threatening them in St. Louis in trouble with the law, I decided such insurance was worth a second look.

From my time spent researching it appears USCAA and the CCW offer the most comprehensive type of concealed carry insurance.

Both of the legal help for gun owners associations have comparable monthly fees, and allow members to pick their own attorneys, but there are also some significant differences between the two groups.

Tags: What I Did to Prep This Week