Watching the corn grow in the garden while crossing your fingers that it is “knee high by the Fourth of July” is one of my favorite summer homesteading chores.

We grow multiple varieties of corn, including field corn for the livestock – which grows taller than typical sweet corn that is lathered with butter, and cheerfully consumed at cookouts.

The growing and picking of corn on the cob is the easy part of the process. The preservation of garden fresh corn, although not difficult, on the cob is the but most time consuming portion of the harvest season.

There are multiple ways to preserve corn, and a few shortcuts that will save you at least a little bit of time without sacrificing any of the sweet goodness when corn is pulled off the pantry shelf and consumed a year or so later.

When I first started canning and dehydrating the food we grew often became quite frustrated when a recipe called for “average” or “medium” amounts of vegetables that came from any given plant.

My daughter, Brea, and I once sliced at least twice as many cucumbers as we needed because, apparently, the ones from our garden were all of a large variety.

Nothing can ruin a canning recipe quicker than starting with the wrong amount of the foundational ingredient.

I sure wish all of the recipes I had in books and that were handed down to me listed ingredients by weight and not number of a particular fruit or vegetable.

Below you will find my best and most reliable estimates of corn needed for any type of corn preservation recipe, based upon my past trial and error experience.

A bushel of ears weighs 35 pounds and yields 6 to 11 quarts of whole-kernel style or 12 to 20 pints of cream-style corn. 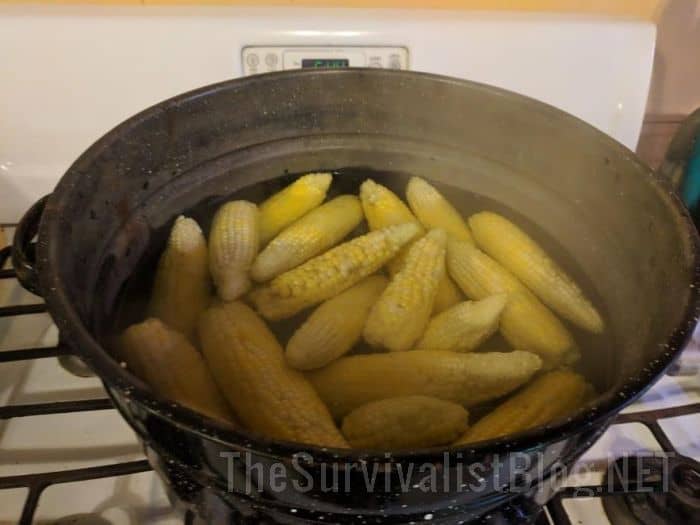 No matter how you choose to preserve freshly picked corn, the prep work is all the same. 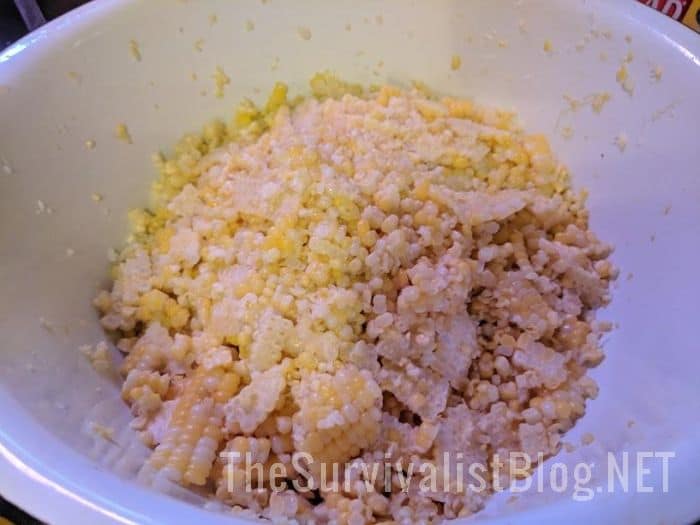 You can also hot process corn before freezing it. Some folks, my expert cook of a mother, far prefers this method of corn preservation above all others.

Corn must always be pressure canned and not water bathed canned. Wash the jars, and prepare the lids to get them ready to receive the corn. If you are new to canning, the provided manufacturer instructions will guide you through this simple and relatively quick process.

I always put my Mason jar onto the oven rack at 200 degrees F at least five minutes prior to starting to can anything. I use a can lifter tool to remove them one at a time as needed.

This process not only eliminates any possible bacteria in the jars, but also warms them enough so they will not (rarely) crack when placed into boiling canner water.

What are you favorite corn preservation recipes? Feel free to share them in the comments section below. 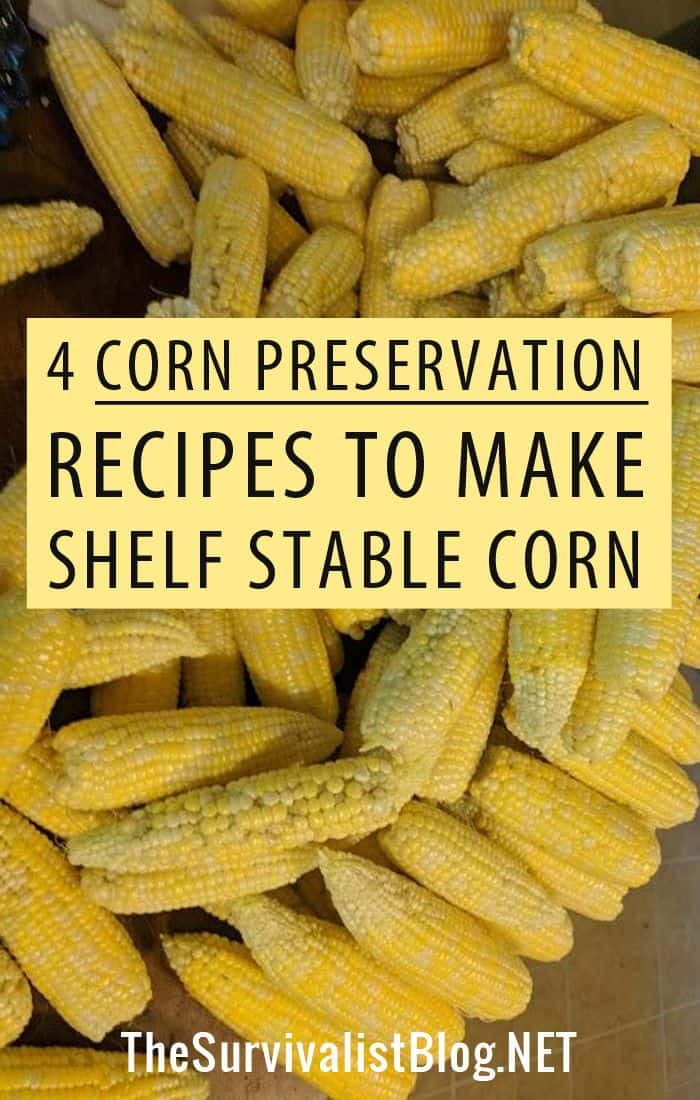