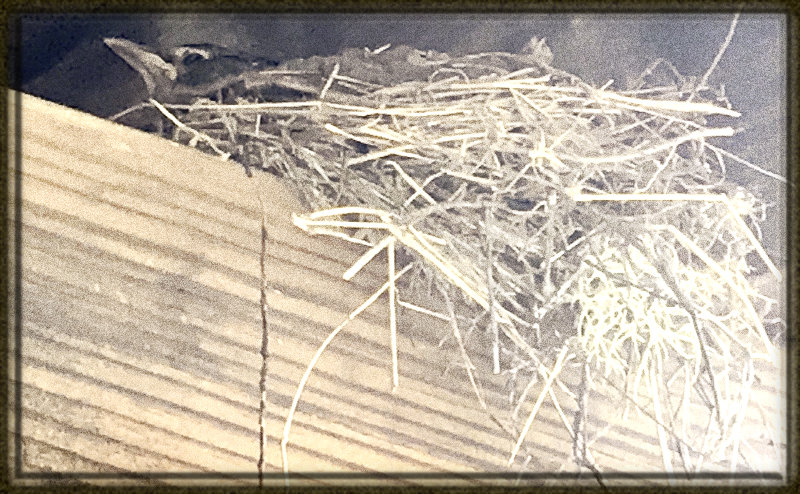 The following is a true short story.

Ever since we moved to our present location, something has happened each and every year under our 2nd-floor deck.

A robin builds a nest in the support beam rafters. She lays eggs, sits on them for a time, and typically three baby robins result from her efforts.

This year was even more interesting. This momma Robin actually built four nests! Three of them next to each other — setting on the support beam but along consecutive floor joists. She sure was busy this spring. 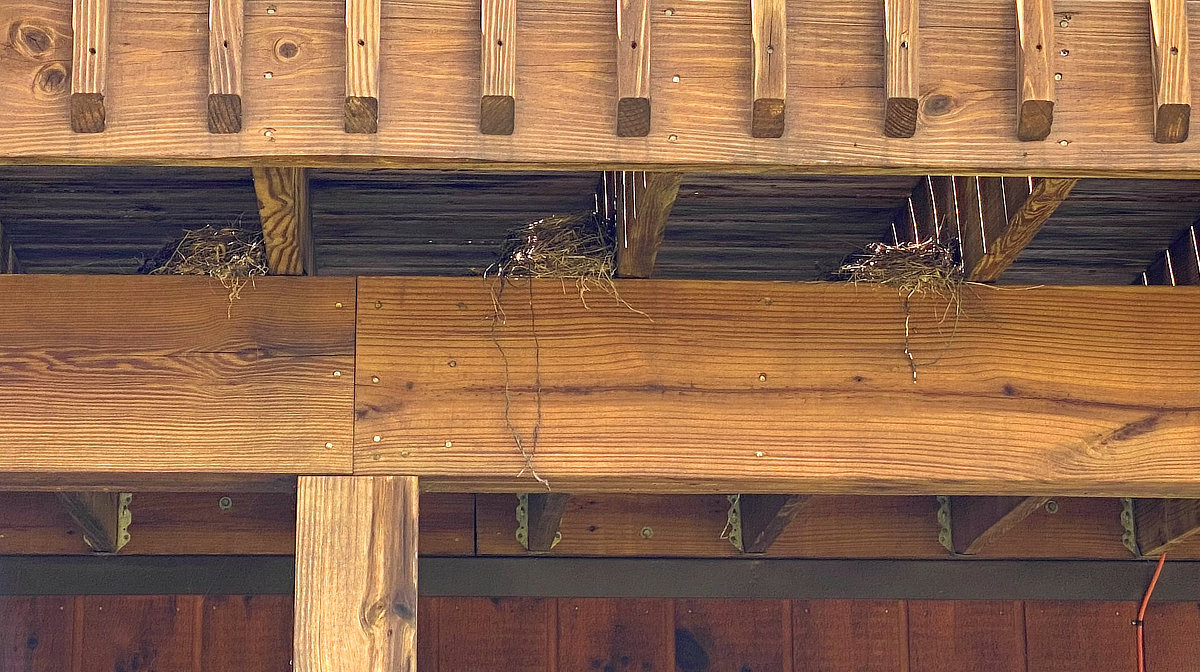 However shortly later we noticed a new nest being assembled in the spot where we see one every year. About 6 feet further down – but on the end. The Robins must like that spot. She finally settled upon that one to lay her eggs.

After about 3 or 4 weeks I noticed little Robin beaks sticking up over the nest — waiting for momma Robin to come back and fed them. The process went on for a few more weeks until one day they were gone. I never knew if they “made it”. Lots of predators around here. Plus Blu-Jays which tend to eat young birds when the opportunity presents itself.

That was part one of the story.

Awhile later, I noticed (the same?) Robin in the nest again. It happens to be right outside the back door up on the beam. So whenever I go out that way, she flies off.

It wasn’t long and I realized she was sitting atop another batch of eggs. Sure enough, several weeks later I saw little beaks poking up over the top of her nest.

The process repeated. Momma Robin back-and-forth getting food for her young.

Just a few days ago I noticed that the young Robins were getting pretty big — and would likely be leaving soon. I’ve never witnessed the process of leaving the nest. Always wondered about that…

The day before yesterday when I let the dog out during the early morning, I saw momma Robin in the yard and heard what I presumed to be the baby Robins squawking in the trees nearby. I couldn’t see them, but I saw a Blu Jay bustling through the trees.

The Jay took off soon afterwards. Not knowing how long the ruckus had been going on, I thought that perhaps the little baby Robins were dead. I didn’t hear them.

Well guess what… two days later (this morning), as I sat at my desk which overlooks the side yard over the deck, I saw momma Robin and her three young Robins fluttering about – as they landed on one of the solar panels. They’re alive!

That was the first time I’ve ever been able to confirm the baby Robins “made it”. Usually they’re just gone – and that’s it…

I don’t know why it was so enlightening to me, but I just wanted to share this little sappy short story.

Why? Because you know what? Though we’re living through some pretty crappy times right now, LIFE GOES ON. There is GOOD out there. Especially in nature.

As I watch these birds (even my chickens!), they are not affected by human politics. Covid. Big Tech tyranny. On and on… They’re just, birds. Doing what they always do. Nature could give a $hit about us. Sometimes it’s refreshing to just, watch it. Doing it’s thing.

I filed this under “Lifestyle”. It’s easy to get caught up in all the BS that’s going on. And this blog reports on much of that from time to time (which makes sense because we’re a survival/preparedness blog). But there are times when it’s good to look for the “good”. There’s plenty of bad out there. But make time for the good.