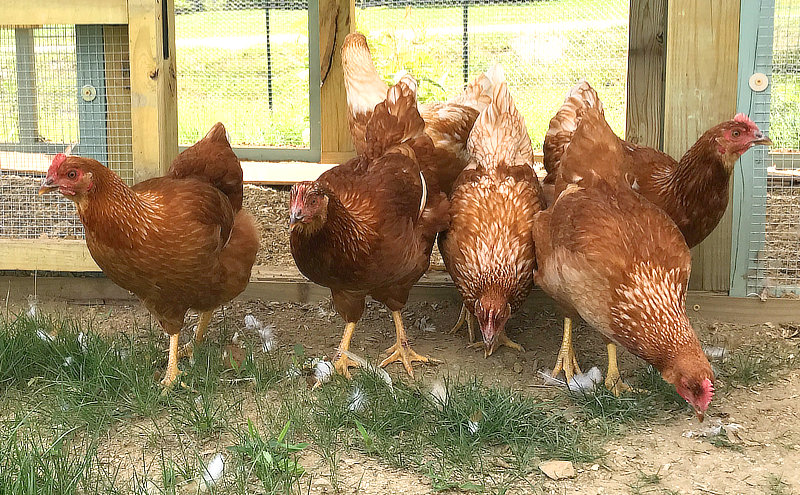 “Oh my!” (said the chickens), “There’s a BIG WORLD out here!” (as they ventured out of their chicken coop run area into their fenced-in range.

It was fun watching them slowly step through the door. The first thing they started (and continued) doing was eating the grasses, weeds, and bugs. It was especially funny watching them try to get the grasshoppers. It’s amazing how they can spot insects and snatch them up.

Sampson, our mini-Dachshund, LOVES to play with the chickens. Outside the wire of course…

As the ISA-Brown’s would make their way around the fence line, Sampson was there with them. If one of them got right up to the fence, Sampson would lurch at the fence and “whoof” (all while wagging his tail in glee). It was hilarious. 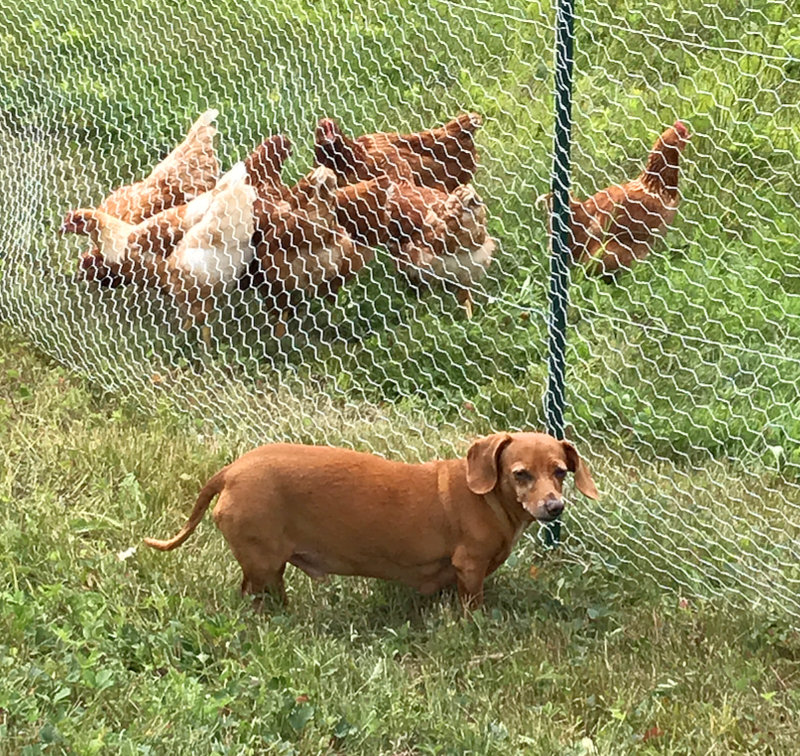 The chickens (the flock) stayed together as they explored their range. It’s natural instinct due to the predator threat in their DNA. When one of them realized she was way behind the group (having been distracted by a cricket or whatever…), she would run/sprint/fly to get back with the flock. Too funny.

To every one of you who donated recently via the “NRP Donation Challenge”, I want you to know that your proceeds paid for all of this. The cost of materials for the coop, their run, and now the fenced-in range. I can’t thank you enough. So really, this is the MSB Community Coop 😉 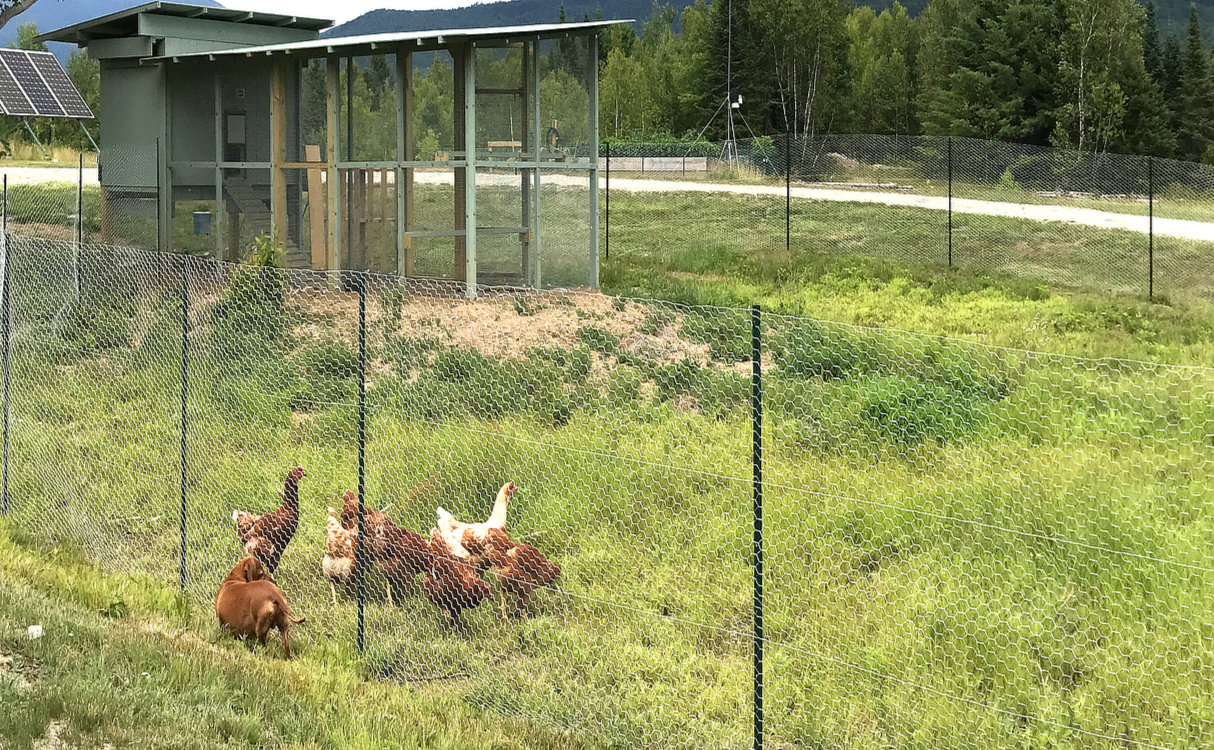 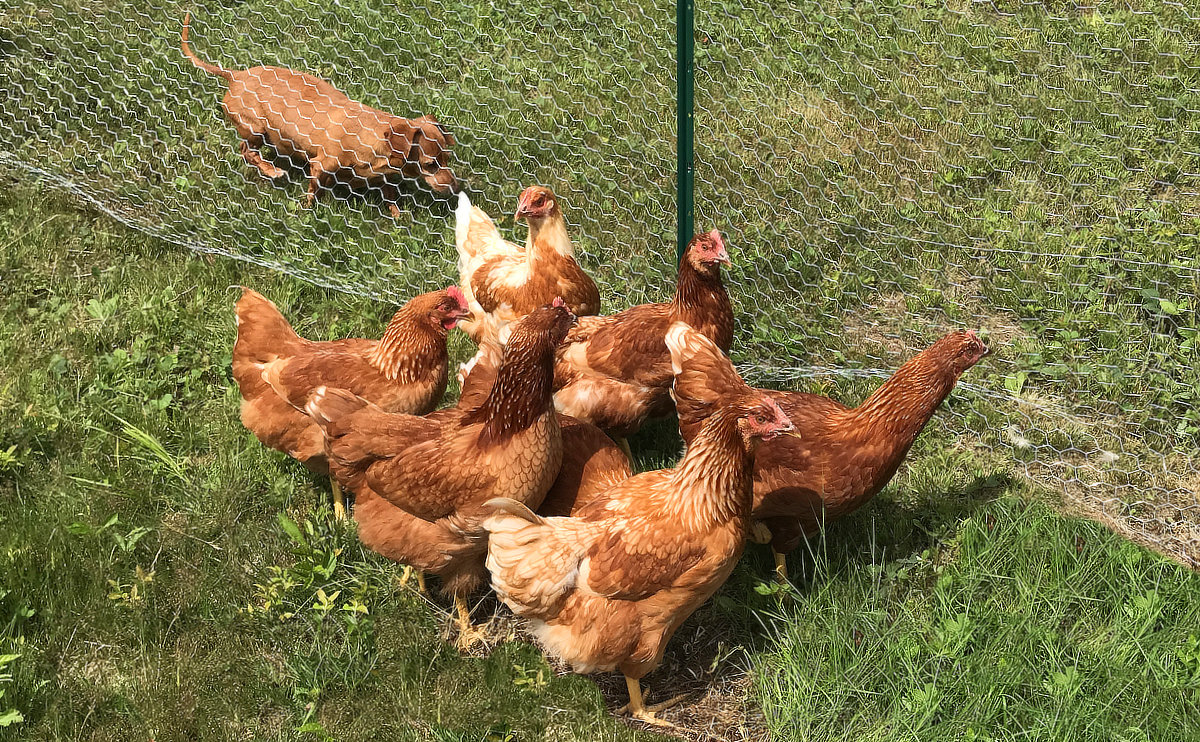 About the fenced-in range

So, I had built the chicken coop and its attached run area in a spot where I planned on adding a perimeter fence around it. This would provide a decent size “open range” for them during the off-winter months.

I finally got around to acquiring the fencing and T-posts for the project. I used about 160 feet of galvanized chicken wire (4′ tall). The spacing of the T-posts depended on whether or not I hit rocks (aka New Hampshire potatoes) just underneath the surface.

The shape is basically egg shaped (haha). The back of the “egg” starts at the front of the coop (on each side) so I wouldn’t have to go through a gate to access the rear coop for cleanup, and the side coop for the nesting boxes (eggs!).

Still waiting on their EGGS!
Should be soon…